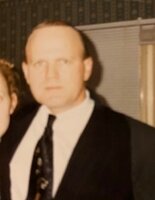 Homer Eugene (Gene) Nichols 68, went home to his savior on November 29 in Las Vegas, Nevada where he resided off and on most of his adult life. He was born in Detroit, Michigan on October 17, 1952 to George Robert (Bob) Nichols and Delores Ellen (Dee) Swank Palmer. Gene was a 1972 graduate of Northwest High School in Canal Fulton, Ohio where he was a football star and also played baseball. He married his high school sweetheart Roxanne Sense shortly after graduation and then shipped out to serve his country in the army. On February 12, 1973 Roxanne had Gene’s only child, a girl named Annalisa Marie. Gene was sent to Nuremberg Germany to serve in the 2nd Calvary Regiment an active Stryker infantry and Calvary regiment of the United States Army serving in Europe. The military cap he wore bears the insignia Toujours Pret (Always Ready). He proudly served his country until October of 1974. Gene and Roxanne split in September of 1976 and Gene made his way to Las Vegas to look for work. His first job in Las Vegas was a cab driver and he did enjoy it. The job helped him learn his way around his new home and he liked interacting with people. He soon started work in the casinos and there found a job he loved. Gene dealt black jack and also learned to deal craps. This became his favorite spot and he even worked as a pit boss for a number of years on the game. His long time friend, Sal Semola whom he worked for and with for many years, has told me Gene was a wealth of knowledge in the gaming industry and was always willing to teach and help others learn the trade. He has worked at The Dunes, The Sands, The Hard Rock Cafe, The Wynn, and most recently at Arizona Charlie’s. Gene left Las Vegas and moved to Illinois to work on a riverboat casino on the Mississippi River named The Silver Eagle. From there he moved to Mt. Pleasant, Michigan to work on an Indian reservation casino named The Soaring Eagle. In Michigan he married his longtime girlfriend Irene Gonzaga in 2003. Although he did like being closer to his daughter and parents in Ohio, Gene still missed the weather in Las Vegas and he followed his friends with “pull” for the good jobs back in Vegas. Even though the good jobs in gaming are here in Las Vegas, this environment ultimately was a major contributor to his death. His heart and lungs had major damage because of the second hand smoke in the casinos. In the 15 years Gene had been back working in Vegas he hadn’t had a full time job that paid benefits and therefore did not get the preventative care he needed to stay healthy. Besides his family, Gene’s other true loves were his cars and his animals. Precious, Pompey, Blueberry, and Buddy to name a few. Because Gene had worked in the gaming industry for so many years he had more suits and ties and shoes than you can imagine some of which were donated to the veterans. He was always a sharp dresser especially in the days when Vegas was glamorous and people dressed to the nines. Gene never had an easy life, but he was always a kind and giving soul. He loved to laugh, and it was his obnoxious laugh that definitely helped to pick him out in a crowd, a genetic trait he passed on to his daughter. Gene was always a very hard worker and getting up everyday and going to work gave him purpose and made him proud. Gene also enjoyed fishing, hiking in his favorite spot Mt. Charleston and he loved sports, especially football with all his heart. His favorite teams were the Michigan State Spartans, The Cleveland Browns and he could not wait for the new Las Vegas Raiders team. Gene was a Christian and loved the Lord Jesus Christ, a lesson he learned from his faithful grandmother Martha Washington Swank, a lesson which helped to carry him through the toughest times in his life. Gene was preceded in death by his father Bob Nichols, mother Delores and step father Bill Palmer. Gene is survived by his wife Irene Gonzaga and his daughter Annalisa Ries and her three daughters Macy, Maris, and Mona Ries and a brother Rob. He is also survived by Irene’s family Raymond (Rhonda) Gonzaga, Reginald Gonzaga, Lily Krishniah. Grand kids-Michael Krishniah, Matthew Krishniah, Tanner Gonzaga, Nicholas and Jessica Gonzaga. Also his special friend Shawnta. I know there are many people he worked with over the years that he loved and considered friends and to them, as his daughter, I say thank you. Thank you for being extended family to Gene while his was so far away. Thank you to all of the staff at sunrise hospital for caring for my father in his final days. I know that Gene is back in the loving arms of The Lord and back with his best girl, his mom that he has deeply missed for 15 years. I love you dad. So much. You will be greatly missed. Gene will be honored in a private service in Ohio and buried with full military honors. If you would like to do something to honor the memory of Gene, thank a veteran and seek out a relationship with the Lord. . If I go and prepare a place for you, I will come again and receive you to Myself, that where I am, there you may be also.” (John 14:2b-3 NIV)