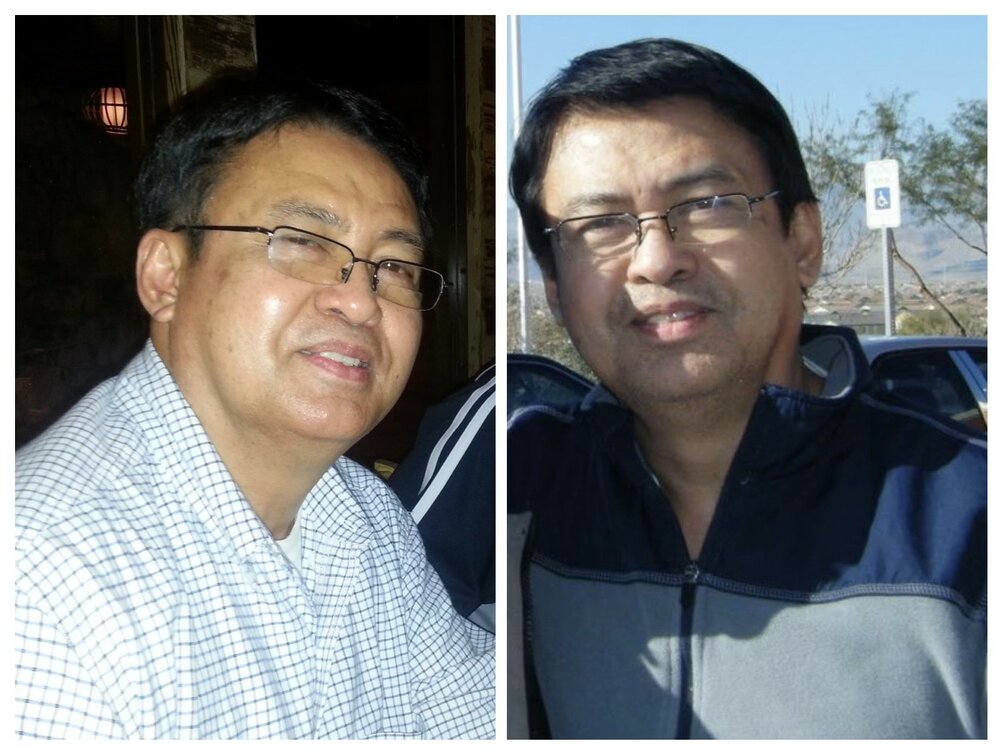 Francis Joseph “Pete” Cruz Briones peacefully died and rejoined our Creator on the night of Thursday, September 28, 2022 at the Special Loving Care Alzheimer's Nursing and Hospice Home in Las Vegas, Nevada. Cradled in the arms of his life partner, Nenita and surrounded by his children, Francis formidably ended his fight with cancer following a series of strokes in early August.

Francis, second to the youngest of four siblings, was born and raised in Tarlac City, Philippines where he grew up to become a mechanical engineer, a devout Catholic and a family man. Francis went to Adamson University in Manila to complete his Bachelor of Science in Mechanical Engineering where he also met his former wife and mother to his five children, Rebecca. After college, Francis went back to reside in Tarlac City where he took over the family business and eventually, also raised his own family. As a devout Catholic, he took after his parents, Gregorio and Felisa, an active participant in church and joining religious congregations such as Couples for Christ and the Knights of Columbus. His proudest moment was being able to serve as a layman in his diocese, San Sebastian Cathedral.

Francis followed his family and immigrated to the USA in 2013, where he furthered his engineering career by getting HVAC Certified and eventually taking on engineering roles for Caesars Entertainment in Las Vegas.

It was also in Las Vegas where he found a second shot at love while working at a living community. Nenita showed him a kinder, sweeter heart – more open to all kinds of people and experiences in his later stage in life.

Francis’ passion for everything in life was unmistakable.

His commanding presence made him an excellent orator – unabashed and unapologetic.

His meticulousness made him a great mechanic — oftentimes, one would find him tinkering on an engine part or hidden behind the hood of his car.

His compassion, dependability and expressiveness made him more than just the provider and protector of the family. Always involved in his children’s lives, he taught them to always aim for the best — even at times, the impossible — in life. To never shy away from what must be done in order to achieve the best possible version of themselves while doing the right thing.

Up to the very end, Francis’ love for war-time movies and TV shows; stories of heroism and success never faded. Perhaps he unwittingly lived those stories as he emerged a true hero, not only to Nenita and his children, but also to his own journey in life. A man from humble beginnings, navigating through adversities, seemingly defying the impossible and leaving behind a great legacy for generations to come.

On November 5th 2022, a memorial was held honoring the life of Francis Joseph “Pete” Cruz Briones at St. Elizabeth Ann Seaton church in Summerlin, Las Vegas, Nevada at 10:30am PT.

To plant a beautiful memorial tree in memory of Francis Briones, please visit our Tree Store