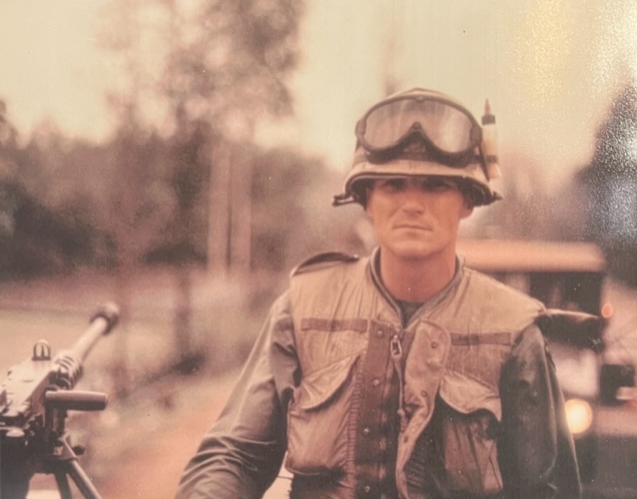 Clifford Millard Wood, Jr (Cliff), age 78, a longtime resident of Las Vegas, NV passed away on Monday, November 28, 2022, after a battle with cancer.

Born May 15, 1944, in El Paso, TX, Cliff grew up in Foley and Daphne, AL. In 1961, while a junior star running back at Foley High School, he was recruited by legendary coach Bear Bryant to play football at the University of Alabama. Unfortunately, he was injured during his senior year, preventing him from playing football any longer, but he did go on to graduate from University of Alabama in 1967. He completed Advanced ROTC pilot training and was commissioned 2nd Lieutenant, active duty in the U.S. Army 18 OCT 1967. He then completed Airborne & Ranger Training at Ft Benning, Georgia and achieved the rank of Captain. He served in Vietnam from September 16, 1969 – September 15, 1970, as a fixed wing U.S. Army pilot assigned to 144th Aviation Company (Radio Research (R.R.)) AN Khe, South Vietnam. Upon returning to the states, Cliff served as a fixed wing pilot instructor at Fort Rucker Army Base, Fort Rucker, AL until being Honorably Discharged March 15, 1973. He was awarded several aviation & bravery metals while serving in Vietnam by the U.S. Army and, in 2010, was awarded the Warriors Medal of Valor from the Native American Nations of the United States of America for valorous service while serving the U.S. Army in Vietnam.

Cliff went on to become an Exxon crew boat captain in New Orleans, LA ferrying up to 100 men / women at a time to Exxon’s oil rigs in the Gulf of Mexico.  He also flew seaplanes for National Geographic photography trips in Alaska for a short time. His other career experiences included operating a 75-foot Morgan Catch Yacht Charter boat business in Key West, FL. Later, he moved to Las Vegas, NV to fly as a pilot for a freight company as well Adventure Airlines flying tourists to the Grand Canyon. He also piloted medical evacs and private aircraft for a neurological surgeon. During the 1990’s and 2000’s he served as a fixed wing pilot instructor in Las Vegas and finished his flying years piloting a skydiving club’s aircraft.

During his flying career, Cliff also nurtured his love for gardening and landscaping. He became licensed as a Master Gardener in both Nevada and Georgia, serving in a community advisory capacity. His greatest joy came while serving thousands of hours at the UNR Cooperative Extension Orchard in Las Vegas. The leaders, associates, and volunteers at this Orchard and in the Master Gardener’s Society became his family and his dearest friends, both on and off the “field.” He will be missed by so many!

Cliff also suffered from Post-Traumatic Stress Disorder throughout his years following his military service in Vietnam. In lieu of flowers, Cliff’s family asks for support for Disabled American Veterans www.dav.org/donate  which addresses post-traumatic stress among combat veterans and their families. DAV helped Cliff during his PTSD struggles. Help them help others like Cliff!

A graveside service with full military honors will be held at Alabama State Veterans Memorial Cemetery in Spanish Fort, AL at a date in the near future yet to be determined. Contact Wolfe-Bayview Funeral Home, Fairhope, AL in near future for date & time.

To plant a beautiful memorial tree in memory of Clifford Wood, please visit our Tree Store